University of the Balearic Islands, Spain 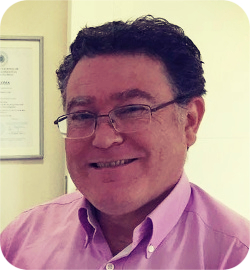 The aim of the symposium is to present applied studies on neuropsychological and behavioural factors associated with some of the main neurodevelopmental problems, in order to improve their understanding and diagnosis. The first communication compares a group of children with dyslexia with a control group using behavioural, attentional and neuropsychological measures. The study makes it possible to establish a differential profile between the two groups. The second communication presents comparative data on language acquisition in children of mothers in The Gambia and the United Kingdom, within the framework of the BRIGHT project. Some educational guidelines for mothers may explain the differences. In the third communication, a discrimination function analysis is applied to various measures derived from EEG and an attention task on a sample of ADHD children and controls, with two indices, one attentional and the other EEG, being observed as the most relevant to help differentiate both groups. Finally, the fourth paper analyses the results in a normotypic sample of the ANT task based on Posner’s attentional theory in relation to other attentional and executive measures of daily life commonly used for the diagnosis of ADHD. The differences between the three attentional networks measured by ANT are compared. In short, the symposium reflects on how some neuropsychological and behavioural measures help us to better understand the characteristics of children with problems linked to neurodevelopmental problems or disorders in order to improve treatments in the future.